Crystal Safety – Are Crystals Safe To Use?

Crystal Safety – Are Crystals Safe To Use?

Sometimes we just take things for granted. Crystal safety for me is one of these subjects. It never occurred to me to be otherwise. Recently the question “are crystals safe to use?” has been popping up more often than usual. Although expressed in a variety of different words, the intent behind them has remained the same. As it is coming up more frequently, we thought it well worth addressing.

In fact this is one the things I love about crystals and crystal healing – it’s nigh on impossible to do any harm with them. We were taught that a good way to think of crystals is that they come with a safety switch. And that the vast majority of people have absolutely no way of knowing how to turn it off.

Let’s also look at it this way: Suppose I have a problem and I choose a crystal that has no way of helping with that problem. The worst that will happen is that nothing will happen. But in the sense of Crystal Safety, no results have been achieved, but no harm either, except perhaps a delay in dealing with the problem. Many of the alternatives for healing don’t have this benefit. Imagine choosing the wrong drug, more often than not the complications of this can be fatal.

The role of thought and time

If there is a thought of real personal danger from using crystals for healing, or achieving an outcome, this thought could well get in the way. This thought could carry such a strong overriding vibration that the crystal(s) never get to do their work. Usually this thought is so strong that crystals will not be entertained in the first place. However, if they are, again the worst that will happen is nothing. As soon as this is recognised, an alternative will be sought out. But in terms of Crystal Safety, no harm has been done, except maybe some loss of time.

Some might argue that the loss of time may be a safety question. However experience has shown that critical and urgent matters are usually dealt with using the most expeditious method available. For example, certain crystals will stem blood flow, but a sensible person would bandage a wound or deal with it such manner as to curtail bleeding. Maybe then, crystals may be added around the site to assist with quicker and better healing.

Crystals get to the core of the problem

Perhaps this is getting a little ahead of the question, but one of the things I find most fascinating about crystals is that they cease working once the task is complete. But they will switch back on again if circumstances change. Let’s say I am using a certain crystal to restore balance to an energy centre within the body. As soon as that energy centre is balanced, the crystal will cease its activity. Now say a few minutes later a new thought or something unbalances the centre. Assuming it was still in place; the crystal will reactivate and go about the business of restoring balance.

Many crystals, like the Quartz family for instance, are multi talented and can be used for a variety of things. This is a real benefit in that, say you chose it to do a particular job, but that wasn’t really the problem. What you saw and were dealing with was just a surface appearance. This is where the great benefit of the crystals underlying healing force is so beneficial, as it will get to work and fix the real problem. Definitely no problem with Crystal Safety there! 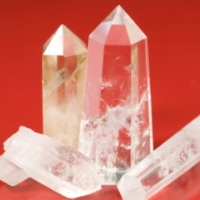